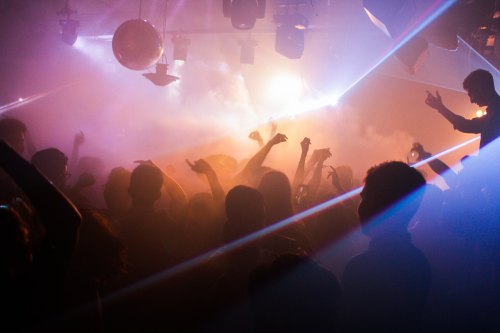 “We now know that memories are not fixed or frozen, like Proust’s jar of preserves in a larder, but are transformed, disassembled, reassembled, and recategorized with every act of recollection.”

Girl Meets Boy (At a Disco)

Saturday night at a popular disco/bar in a small California college town a boy asks a girl to dance.

The next morning, the girl’s ears still ring from the deafening beat and volume of the music. She recalls the gyrating bodies on the cramped dance floor, the patterns of light racing around the walls as the disco ball spun overhead and the sharp sour taste of beer in the plastic cup she clutched in her hand.

She also thinks back to the tall lanky boy with a head of dark curls who appeared out of nowhere and asked her to dance.

The girl must have told the boy where she lives because, a couple of days later, he strolls down her tree-lined street and finds her reading quietly in the shade on her front porch. They talk, make a date and their love story unfolds from there.

They both will go on to live other love stories, but for the girl at least, this is her first one.

Over the next few years, the boy and the girl learn about love and share wild adventures – and some tragedies. During summer breaks, the boy makes heroic long-distance drives to see the girl. He is there to support her when her father dies. The girl always stands patiently by the side of the road while the boy grabs his collection of tools and disappears under the hood of his beloved Bugeye Sprite to make the mysterious repair that puts them back on the road again.

They get to know each other’s families and the girl often stays with the boy’s family during holidays. A few things she remembers from the boy’s house are the thick perfectly folded guest room towels she was afraid to use, sneaking into the boy’s room when the house was asleep, the boy showing her how his father folded the Land O’Lakes butter packaging so the Native American Indian girl’s knees looked like breasts, and the soft raspy sounds made by the three big white fluffy (debarked) dogs in the backyard.

The boy’s mother teaches the girl to put a dish towel in the bottom of the sink when washing crystal by hand, so the glasses won’t crack against the hard porcelain. She shows her how to make a pie crust using lard and how to pile that pie high with huge California strawberries which shrink while cooking.

There’s much much more, but this story does not end with the boy and the girl living happily-ever-after, however.

Over time, a divide grew between them about religion. They cling together for as long as they can until the girl meets another, leaves to make a life with him and resolutely locks away her memories and feelings for the boy from the disco. The boy felt love-lost for a while, but eventually made a happy life with another who shared his faith.

One day the girl, now a woman in her 60s, receives a surprising message. The boy, now a man also in his 60s, has sent her a text.

Four decades from their first meeting at the disco, the boy/man and the girl/woman connect again — this time through the magic of the internet. Suffice it to say, they are no longer shiny and new. The man is grieving the profound loss of his wife of 31 years. The woman is numb and exhausted from the effort of tying up the loose ends following her divorce.

Now, a few mornings after the surprising text message, the woman sits quietly sipping her morning coffee at her kitchen table. She looks up and reflects on the story she has been writing about a girl and a boy meeting at a disco. The ending is eluding her – shifting and changing like a cloud on a windy day. It is still being played out and she doesn’t know how she wants it to end.

She can’t remember the last time she cried, but now her tears start flowing like a river as she begins to unlock the feelings, stories and people she shut away so many years ago.

She grieves for their family members who have passed away – her father, his mother and father, his sister.  She even cries for the dogs, the house, the safe familiar rooms, the cars in the driveway; the trees, leaves, flowers, blades of grass in the lawn. And Bugeyes? Is Bugeyes gone too?

She grieves for the pretty girl she was, and for all that is now finished for her – romantic love, touch; being cherished and desired.

The girl who learned to never let anything in has become the woman freely welcoming all that arises.

Perhaps the boy/man and the girl/woman will meet again someday.  Perhaps they won’t. Still, for as long as they live, they hold within them the remembrance of their youthful love, the unique times in which they lived, and the people they loved who are now gone.

The woman now knows what she did not know as a girl when, 40 years ago, she so easily and innocently took the risk to love the boy:  That there is no love without grief and no grief without love. That grief and love are as intimately connected as lover’s hands entwined.

And that, although there is no end to grief in life ….. there is also no end to love.

White noise and the winters of life

I’ve had a lot of what I call “white noise” in my head the last couple of days — random thoughts and incessant low level chatter.  After the clarity following my death-defying drive up Hell’s Canyon, this feels dull and unproductive.

Clearly, there is nothing like a brush with death to force all the pieces into place.

This morning I woke up remembering a quote by Melody Beattie from her book, Journey to the Heart. I don’t have the book with me, but I believe it goes something like this:  “There is never a time when nothing is happening.”

Conversely — Something is always happening.

After my divorce there was a long slow time when it appeared nothing was happening for me. I showed up for life — but just barely. My job was mindless and uninspiring. Nothing deeply stirred or interested me. I tried therapy, but I had nothing to say. I walked with my eyes to the ground, avoiding the stimulation of contact with other people.

One of my few friends told me it was a “winter of my life” and that, although on the surface I felt cold and dead, there was surely slow movement occurring deep within me. She said to keep putting one foot in front of the other and have faith.

She assured me that spring always comes.

And she was right.

One day while walking from my car to the post office, I heard a sound overhead and looked up to see a small shiny silver plane flying against a deep blue sky. I realized that it was a beautiful day. I felt something– not quite yet joy — but an appreciation of something visually striking. I remember it so clearly, even now — where I was, the time of day, what I was doing, and what I was wearing. It was the first glimmer of spring after a very long winter.

I feel joy and have moments of clarity all the time now.

My new version of “keep putting one foot in front of the other” has become an enthusiastic “BE! LIVE! DO!”

So when the white noise buzzes in my head, I will remind myself that there is never a time when nothing is happening.

And that is really something.